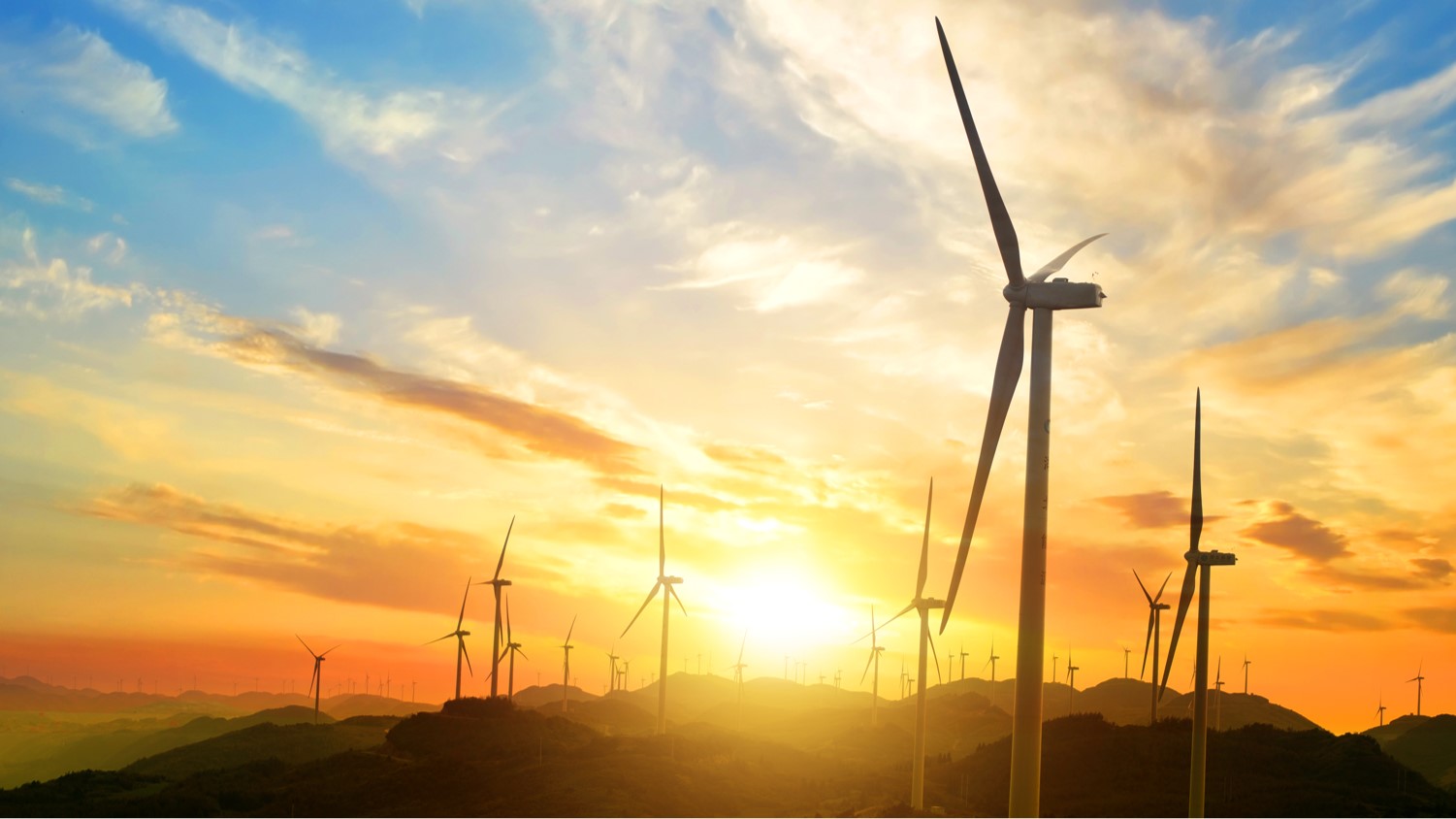 Previously we have looked at how the power output of a turbine depends on different factors such as wind speed and power-coefficient. Feel free to jump back if you need a refresher.

Let us try to use it in practice. We will take a Siemens Gamesa 11MW Turbine as an example.

That gives us the following formula for the power output:

Let us plot the wind speed here against the rated capacity of the turbine:

As you can see, the increase in wind speed dramatically increases the power output of the turbine. However, all turbines have a rated power capacity – which is the maximum amount of power it can produce.

Let us look at the interactions between the wind speeds and the different ways a turbine can operate.

The blue curve explains how much power the turbine generates at different wind speeds.

At low enough wind speeds the wind speed is not enough for the turbine to rotate. The turbine will generally consume power from the grid at this stage, to keep all the systems running.

At some point the wind speed will be high enough that the turbine can generate power. This speed where the turbine will start to rotate is the cut-in speed.

The cut-in speed is often around 3-4 m/s but varies from turbine to turbine. For many turbines, extra electricity is used, to quickly get the rotor spinning when the wind reaches the cut-in speed. The goal here is to extract as much power from the wind as possible.

For the Siemens Gamesa turbine above, the turbine will start pitching out when reaching the 11MW power production. At this point the power output of the turbine will be approximately constant, even if the wind speed keeps increasing.

If the wind speed keeps increasing, it might reach the Cut-out speed. The cut-out speed is the wind speed where the wind is so powerful that it is no longer deemed safe for the turbine to operate under the strain that the wind puts on it. The turbine will feather its blades, meaning that they will turn them to be parallel to the air – thus not capturing any wind power.

Operating a turbine is tricky business, and there are many details and a lot of depth in a subject like this. Here we have mentioned some of the overarching principles. As you can see operating turbines is vastly more complex than simply pointing them at the wind – there are many moving parts and control systems in a turbine.

We use cookies on our website to give you the most relevant experience by remembering your preferences and repeat visits. By clicking “Accept”, you consent to the use of ALL the cookies.
Cookie settingsACCEPT
Manage consent

This website uses cookies to improve your experience while you navigate through the website. Out of these, the cookies that are categorized as necessary are stored on your browser as they are essential for the working of basic functionalities of the website. We also use third-party cookies that help us analyze and understand how you use this website. These cookies will be stored in your browser only with your consent. You also have the option to opt-out of these cookies. But opting out of some of these cookies may affect your browsing experience.
Necessary Always Enabled
Necessary cookies are absolutely essential for the website to function properly. This category only includes cookies that ensures basic functionalities and security features of the website. These cookies do not store any personal information.
SAVE & ACCEPT